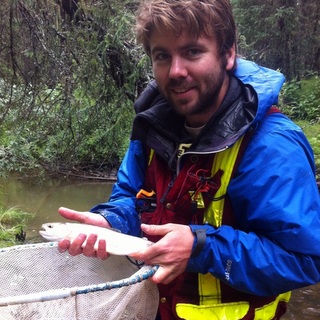 B.Sc. in Environmental and Conservation Sciences (University of Alberta)

Assessing the impacts of multiple ecological stressors on an endangered native salmonid, the Athabasca Rainbow Trout, in the foothills of the Canadian Rocky Mountains (link).