Hydrologic alterations are widespread in freshwater ecosystems worldwide and often detrimentally impact fish populations. There is a growing need to accurately assess the impacts of hydrologic alteration on fish populations and communities given the imperiled status of many freshwater species. Quantifying the effects of hydrologic alterations on aquatic habitats relies upon linking an understanding between hydrological process and the ecological processes (i.e. ecohydrology). We use a variety of approaches in studying ecohydrology, including studying how alteration to flow regime can change the genetic struture of populations (Ruppert et al. 2017), swimming performance (Veillard et al. 2017) and morphology (Rudolfsen et al. 2018). We've also identified new developments that need to be considered in bio-monitoring programs under differing hydrologic conditions (Neufeld et al. 2016). Click on the photos, articles or news items to learn more about some of the research we are conducting on ecohydrology! Note: * Lab members.

News from the Lab 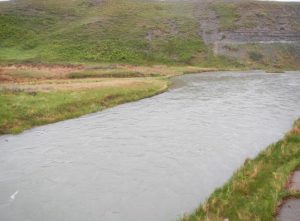 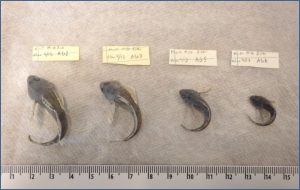 Morphology and swim performance in relation to hydrologic alteration