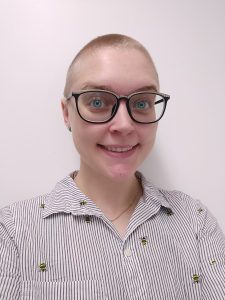 Bachelor of Science, majoring in Ecology (University of Calgary)

The effect of flow augmentation on vital rates in Mountain Sucker (Catostomus platyrhynchus), a species at risk

Physical habitat alteration is one of the leading causes of freshwater fish extinctions in the last century. My research focus is to determine the effects of augmented flow on an at risk native fish species. Mountain sucker, a species of Catostomid, inhabits three National Freshwater Biogeographic Zones: the Saskatchewan-Nelson, Pacific, and Missouri. Within the Canadian segment of the Missouri system mountain sucker inhabit the Milk River, which has been subject to flow augmentation for the past century by the St. Mary canal. This canal redirects flow for irrigation purposes from the Saskatchewan-Nelson basin into the Missouri drainage, and can increase flow in areas of the Milk River by an order of magnitude. The Milk River population of mountain sucker was assessed as “Threatened” by COSEWIC in 2010 because habitat loss and degradation from altered flow regimes have the potential to reduce the habitat suitability in the already small area of occupancy and few locations in which the fish is found. Assessing the swimming abilities of mountain sucker using a swim tunnel respirometer will enable development of habitat suitability models and facilitate strategies for preserving mountain sucker habitat.