Freshwater biodiversity is declining from impacts associated with anthropogenic stressors. Here, we use carbon (δ13C) and nitrogen (δ15N) stable isotopes to assess food web effects following a coal mine spill that displaced biota and altered biophysical stream characteristics. We compared isotopic niche metrics of benthic macroinvertebrates and the fish community, including non-native brook trout (Salvelinus fontinalis) and endangered Athabasca rainbow trout (Oncorhynchus mykiss), to infer spatial differences in site-specific resource use along a habitat disturbance gradient. Predatory benthic macroinvertebrate trophic position was elevated where impacts from the spill were most pronounced. Autochthonous carbon contribution to consumer diets was lowest in biota sampled at the most highly impacted site from the mine spill, leading to an unexpected expansion of the isotopic niche size of rainbow trout and the aquatic invertebrate community. Collectively, our results suggest spatial variation in trophic resource assimilation across multiple levels of the food web, fuelled by the allochthonous energy pathway in highly impacted study sites. We conclude this reflects a biotic response to altered basal aquatic resources following a major industrial disturbance.

Climate change is affecting many freshwater species, particularly fishes. Predictions of future climate change suggest large and deleterious effects on species with narrow dispersal abilities due to limited hydrological connectivity. In turn, this creates the potential for population isolation in thermally unsuitable habitats, leading to physiological stress, species declines or possible extirpation. The current extent of many freshwater fish species’ spatio-temporal distribution patterns and their sensitivity to thermal impacts from climate change − critical information for conservation planning − are often unknown. Carmine shiner (Notropis percobromus) is an ecologically important species listed as threatened or imperilled nationally (Canada) and regionally (South Dakota, United States) due to its restricted range and sensitivity to water quality and temperature. This research aimed to determine the current distribution and spatio-temporal variability in projected suitable habitat for Carmine shiner using niche-based modeling approaches (MaxEnt, BIOCLIM, and DOMAIN models). Statistically downscaled, bias-corrected Global Circulation Models (GCMs) data was used to model the distribution of Carmine shiner in central North America for the period of 2041–2060 (2050s). Maximum mean July temperature and temperature variability were the main factors in determining Carmine shiner distribution. Patterns of projected habitat change by the 2050s suggest the spatial extent of the current distribution of Carmine shiner would shift north, with > 50% of the current distribution changing with future projections based on two Representative Concentrations Pathways for CO2 emissions. Whereas the southern extent of the distribution would become unsuitable for Carmine shiner, suitable habitats are predicted to become available further north, if accessible. Importantly, the majority of habitat gains for Carmine shiner would be in areas currently inaccessible due to dispersal limitations, suggesting current populations may face an extinction debt within the next half century. These results provide evidence that Carmine shiner may be highly vulnerable to a warming climate and suggest that management actions – such as assisted migration – may be needed to mitigate impacts from climate change and ensure the long-term persistence of the species. 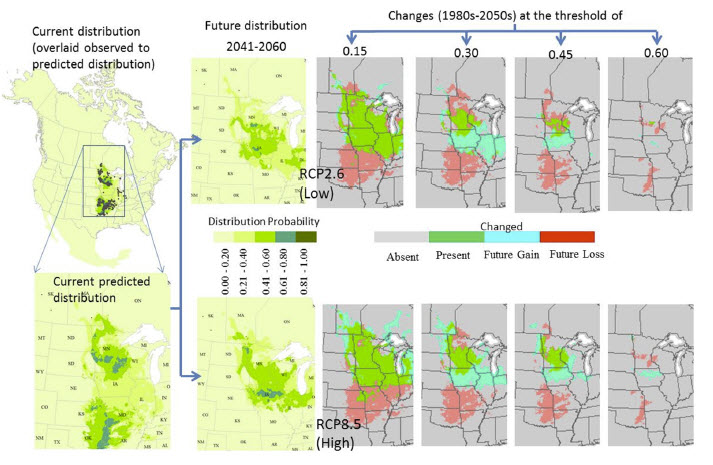 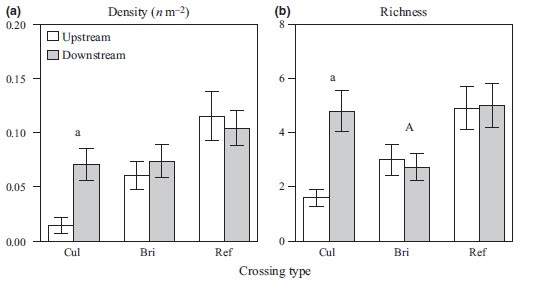 Site Locations of Assessed Stream Crossings, including (a) Simoneete, (b) Latronell and (c) Deep Valley watersheds in Alberta Canada. 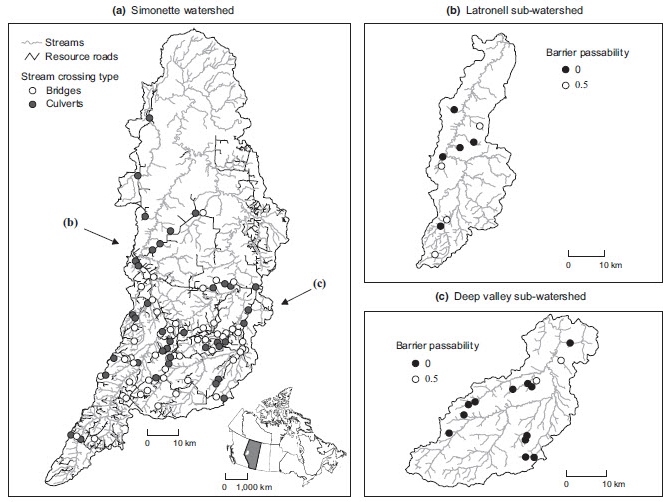 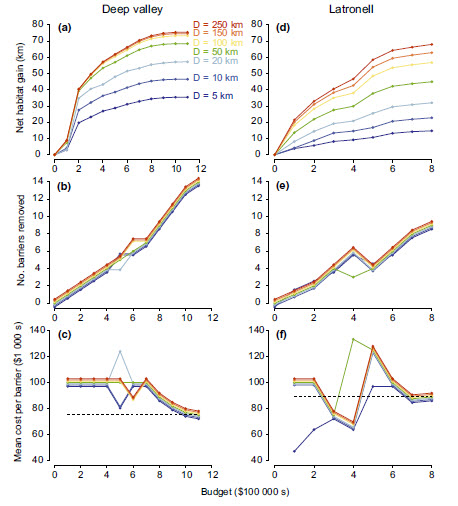 The path to a successful graduate and research career is a complex and difficult one. Early career researchers (ECRs) have myriad choices and tasks to prioritize and complete as they build their CV but are often confronted with unfamiliar situations in which advice from more senior researchers can be extremely valuable. Here, we summarize a recent workshop held for ECRs by the Canadian Aquatic Resource Section of the American Fisheries Society (AFS) with support from the Education Section. Sessions touched on (1) getting published, (2) science communication and outreach, (3) scoring a job or grad school position, and (4) working within the science–policy interface. The decades of collective experience brought to the table should be shared with the broader readership of AFS because it may prove useful to ECRs as well as stimulate meaningful conversations on these important and timely issues.