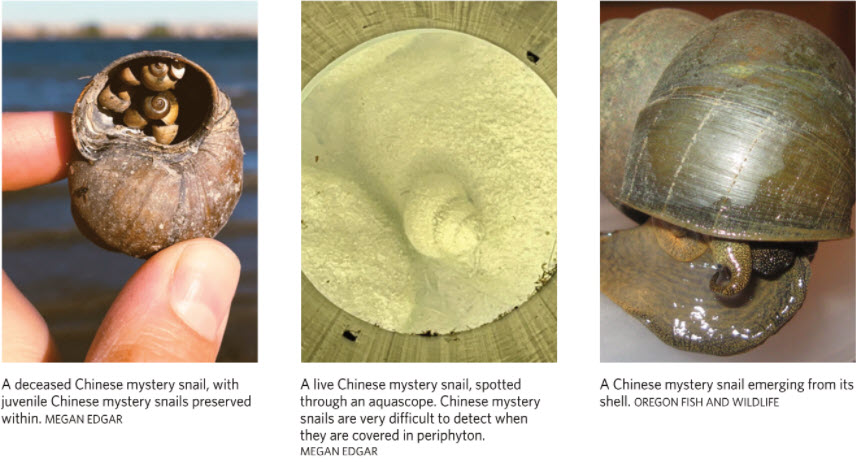 The Ărramăt Project brings more than 150 Indigenous organizations and governments from around the world together to carry out 140 Indigenous-led, place-based research projects to examine the link between biodiversity and Indigenous health.

There are 12 academics from the University of Alberta involved in the project.

“The collapse of the cod stocks, massive forest fires in B.C., climate change, degradation of freshwater — there’s no end of examples where our non-Indigenous systems of resource management are flawed,” said Brenda Parlee, lead co-principal investigator and a non-Indigenous scholar and professor in the U of A’s faculty of agricultural, life and environment sciences in a news release.

Research from a team in the Poesch lab was highlighted in Ontario Nature magazine. The story about eradication of carp, also discusses new results of a study just accepted and coming out soon in the Journal of Wildlife Management. Former post-doctoral researcher, Dr. Jonathan Ruppert, is highlighted in the piece. Other people who contributed to the study include former lab members Jamie Card and Caitlyn Donadt, and colleague Dr. Caleb Hasler from the University of Winnipeg. 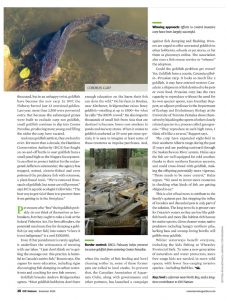 It’s not unusual to spot a trout species in a Calgary river but you might not expect to find a lobster-like crustacean. In the last 10 to 20 years however, the marbled crayfish — a crustacean not native to the Bow River — has begun spreading to rivers and lakes throughout Alberta. It’s a problem that Nicole Kimmel, aquatic invasive species specialist for Alberta Environment and Parks, is trying to tackle. Historically, the crustaceans are normally found in between Wainwright and Ryley in the Beaver River watershed south of Edmonton, Kimmel told The Calgary Eyeopener. But now they’ve been showing up in water bodies anywhere from the Edmonton area, down to Calgary and Medicine Hat, as well as in the Milk River region. It’s not likely that the critters are crawling between rivers and lakes, though they can move on land for short periods, Kimmel said. Instead, the province suspects the movements of the crayfish might be aided by humans either for bait use or they are potentially being brought back home and discarded in local waters.

“Once they’re introduced to a breeding pair, they can breed pretty fast,” Kimmel said — the creatures can produce 200 to 400 eggs in a reproduction cycle.  Kimmel calls the marbled crayfish a kind of “freak accident” of two crayfish species that may have been imported from Florida into Germany in the ’90s and  were able to mate. Through that mating, the crayfish kept an additional set of chromosomes that allowed them to reproduce asexually, meaning all the females could lay unfertilized eggs which develop into genetically identical offspring. In essence, a self-cloning crayfish was born. To attempt to control their spread, Alberta has banned the crayfish province-wide unless it’s kept as a pet. Most pet stores have stopped carrying the specimens, but it’s still possible to find them sold online by individuals. Ducks have been munching on them, along with some humans, but Kimmel says its important to make sure the ones used for consumption are coming from clean water sources. Kimmel says the province has partnered with Mark Poesch, Associate Professor in Agricultural Life and Environmental Sciences at the University of Alberta, to understand what the effects are on the habitats the creatures are invading. “We highly suspect that they’re probably impacting food webs where they’re being moved around,” she said.

Other crayfish creeping into Canadian waters

The marbled crayfish aren’t the only species of their kind causing concerns — there’s an extensive list of crayfish-type creatures being found in Canadian waters, Kimmel explained. For example, B.C. is worried about red swamp crayfish and in Manitoba there are concerns about crusty crayfish. Meanwhile Saskatchewan, along with Alberta, has ramped up its legislation around marbled crayfish. If you spot a crayfish, Kimmel says to report it to the province along with the location it was found. “We’re very much interested in knowing the location that you’re finding them as well as if you can snap a picture of what they look like,” Kimmel said. “We don’t want any of those other invasive ones that other jurisdictions are worried about.” The province isn’t actively getting rid of the crayfish right now until there’s a better understanding of where the crayfish are located and what can be done for eradication.

Dr. Poesch added his voice to the many thousands out there warning of impeding climate emergency. Toronto Star interviewed Dr. Poesch, where he describes why he views this action necessary.

A recent review article on compliance and ecosystem function (Theis et al. 2019) in freshwater offsets was highlighted on CBC News and CBC radio in Edmonton and Calgary

Press Play to hear the interview on Edmonton AM or click this link to get redirected to CBC Edmonton AM Radio’s webpage.

Press Play to hear the interview on Calgary’s EyeOpener or click this link to get redirected to CBC EyeOpener Radio’s webpage.

Here’s what you need to know about Prussian carp. They’re an invasive species of clones. Hundreds of thousands of mostly identical Prussian carp are now aggressively populating the Red Deer, Bow and South Saskatchewan river basins (link to article).